1
Rob Stanton is one of the main characters in the first season of CBS All Access's Why Women Kill. He is portrayed by Sam Jaeger.

Rob is confident and ambitious, he is Beth Ann’s husband, an ex-jock who was born into a blue-collar family, but who has worked his ass off to end up in a white-collar world. The quintessential early 1960s catered-to husband, he enjoys his position as a benevolent provider, provided Beth Ann remains the subservient homemaker.

Rob and Beth Ann had a daughter, Emily, who was 6 years old when she was fatally hit by a car while playing with her ball after the back gate to the house was accidentally left open. Prior to Emily’s death, Rob was having an affair with his secretary, Claire, and has had affairs with other women soon after, including April.

Rob’s relationship with Beth Ann is complicated. He loves his wife, but one can see that the bond they have is not ideal, he treats Beth Ann as a maid rather than a wife. For instance, his inability to fill his own coffee or find the olives to put in his martini. Or the fact that he begins having an affair with a young waitress named April from Glendale. Rob will call Beth Ann and tell her he’s either working late or meeting a client as a cover story to meet with April. Until Beth Ann sees him kiss the waitress firsthand, but instead of confronting him or April, she develops a friendship with the mistress while keeping her identity a secret.

Rob begins to have an affair with April, a waitress from Jansen’s Diner in Glendale, who is fully aware that he is married. Unbeknownst to April, she becomes friends with Rob’s wife, Beth Ann, who uses the alias Sheila to keep her identity a secret from the mistress. Rob uses ‘working late’ and ‘meeting a client’ as cover stories for meeting April. She later shows up at his office and tells him she's pregnant but is not keeping the baby after the way he's treated her by not returning her phone calls. That night, Beth Ann lies about having cancer and having only 6 months to live. Later, April tells Beth Ann (who's still using the alias Sheila) that Rob got down on one knee and asked her to marry him. He told April that his marriage is ending and he only needs 6 months and then he'll be free.

Rob had an affair with Claire in 1961. He and Claire were in his old house together when Beth Ann and their daughter, Emily came home early. To avoid getting caught, Rob told her to leave through the back door and round the side of the house, leaving the back gate open. This would later result in Emily wandering out of the backyard and getting fatally hit by a car.

Rob: penny for your thoughts

Beth: Oh, I was thinking about silly things

Rob: What kind of silly things

Beth: I was wonder when you'll die

Beth: Oh, whether it will be sooner rather than later

Beth: You don't know that. You could be hit by a bus. Or have a stroke, or get stabbed in the chest.

Beth: Myra Penn's husband was 50 when he choked to death on a pimento 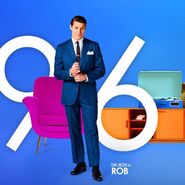 Retrieved from "https://whywomenkill.fandom.com/wiki/Rob_Stanton?oldid=1184"
Community content is available under CC-BY-SA unless otherwise noted.